Families evacuated, properties damaged due to Khabur flooding in Hasaka 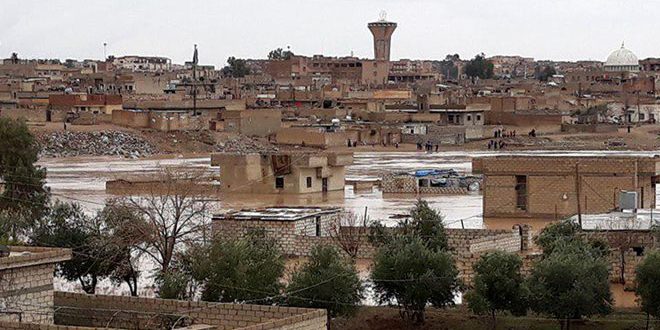 Hasaka, SANA – A number of citizens were evacuated from their homes in Hasaka province due to the flooding of Khabur River, which also caused material damage in a number of Hasaka city’s neighborhoods.

In the early hours of Sunday, heavy torrents of water poured out of Khabur River to completely 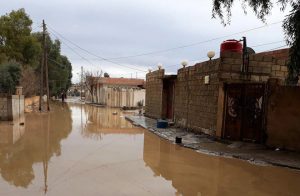 or partially submerge dozens of houses in the neighborhoods of al-Meridian, al-Nashwa, and Gurayan in the city center, where citizens, members of the Syrian Arab Army, popular defense groups, and the civil defense rushed to evacuate women and children to safe areas.

Rescue operations are continuing to evacuate the citizens who were detained by the water.

Selectman of al-Meridian neighborhood Ahmed al-Barak said that more than 120 houses are completely or partially flooded in the neighborhood. 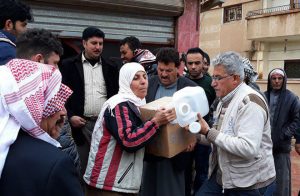 Red Crescent (SARC) branch and al-Yamama Charity Society have responded immediately to the emergency, as they assessed the number of affected families and urgently distributed food and non-food aid to them.

According to local sources, the high water level of Khabur River led to the displacement of the majority of the people of the villages located on the river’s banks, from the town of Tel Tamar to al-Bassil Dam in southern Hasaka. The flooding caused damage to the local farms and livestock.