Update-Sousan: Syria is committed only to what was voted on in Sochi Congress 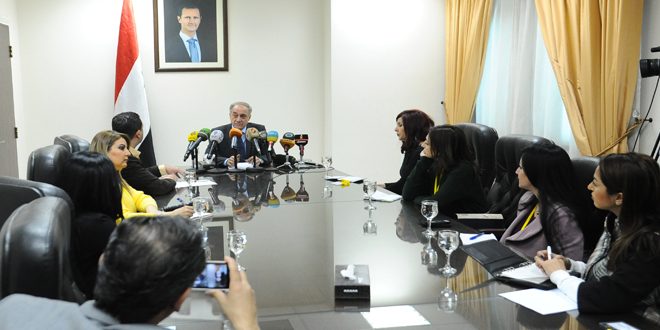 Damascus, SANA – Assistant Foreign and Expatriates Minister Ayman Sousan affirmed Syria’s commitment to only what was voted on in the Syrian National Dialogue Congress that was held in Sochi, and it has nothing to do with anything that is contradictory to that.

Sousan told the journalists in a press conference on Tuesday at the Foreign and Expatriate Ministry that the missions, mandate, and number of members of the constitutional committee was set in the Sochi statement, and that these members are exclusively from the participants in the Congress, stressing that Syria’s position is clear on that, as it is not interested in any committees that are not completely Syrian in composition and chairmanship.

Sousan said that the Sochi Congress did not give to UN Special Envoy to Syria Staffan de Mistura any authority at all, pointing out that the Sochi draft statement included a final paragraph on the role of de Mistura which contradicted the Congress’ principle, which is that the decision must be Syrian without any foreign interference and therefore the members of the conference rejected this paragraph and voted by a majority to delete it. 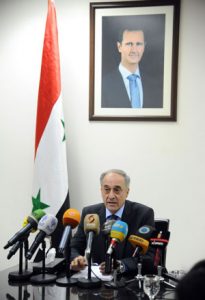 He added that t representatives of de Mistura were present at the Congress and witnessed the Syrians’ refusal to have anyone play the role of custodian over any Syrian decision.

Sousan stressed the Syrian government’s commitment to the Syrian society’s opinion, particularly since the participants in the Congress represent large segments of this society.

In response to a question on how to choose and form the constitutional committee, Sousan said that the committee was defined by 150 persons, two-thirds of them supported by the government and one-third of the other side.

About the role of Turkey which is one of the Congress’s guarantors, Sousan said that “We as a state do not care about such things and when talking about an aggressor state that is soaked with Syrian blood as it sponsors, finances and facilitates the entry of terrorism to kill Syrians through its territory we say go and ask the Syrian people and then you will know the appropriate response.”

He added that Turkish role is absolutely rejected and “it does not give guarantee to us. We do not trust Turkey… It is not reliable to us. 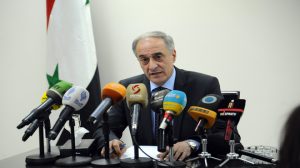 Answering a question about the Syrian air defense’s shot down of an Israeli jet a few days ago and how the decision was taken and whether the allies were consulted in this regard, he said that “the Syrian Arab Army is still able to direct the slaps to anyone that violates the sky, land and sea of Syria.”

The decision of dropping the jet was a Syrian decision, Sousan said, adding that Syria is a sovereign state that has an alliance and an organic relationship with its allies because the war on Syria has gone beyond the Syrian national arena.

“The conspiracy on Syria has failed and all that they are doing now comes as an attempt to compensate for what they missed. The decision of response will remain Syrian and Syria will restore its former position despite what others wish and there is no place for US or any other foreign presence on the Syrian soil,” he concluded.