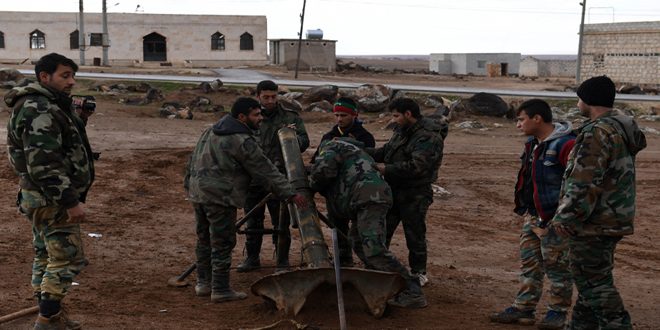 Deir Ezzor, SANA-Units of the Syrian Arab Army thwarted an attack by terrorists of Daesh (ISIS) on the villages of al-Kishma and Ghriba in the southeastern countryside of Deir Ezzor.

SANA’s reporter in Deir Ezzor said that army units clashed with Daesh groups which attacked military posts in al-Kishma and Ghriba villages, located in the area between al-Mayadeen and al-Boukamal on the western bank of Euphrates river in the southeastern countryside of Deir Ezzor.

As a result of the attack, more than 25 terrorists were killed, others were injured and their weapons and ammo were destroyed.