Deir Ezzor Governor: Reconstruction process starts in Abu Kamal preparing for the return of the people to their homes 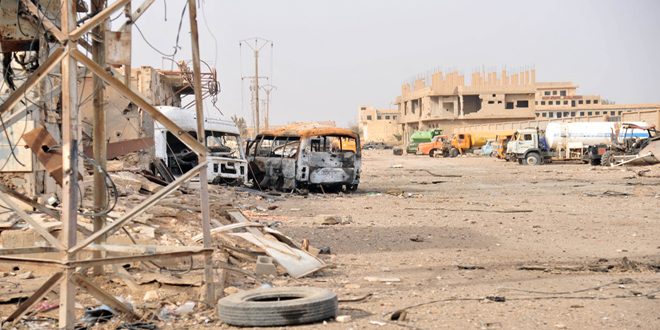 The Governor, during a field tour to Abu Kamal city, said that the situation in the city is acceptable to a great deal concerning private properties, while the public properties have been exposed to a major sabotage, noting that the overall losses will be assessed in order to start the reconstruction phase to prepare for the return of Abu Kamal people to their homes.

Deir Ezzor Police Commander, for his part, said that the border crossing with Iraq will be reopened after rehabilitating its facilities in the upcoming days.

The field tour included the buildings of the electricity company, the communications center, the city council, the educational complex and the border crossing with Iraq in addition to a number of other government buildings.