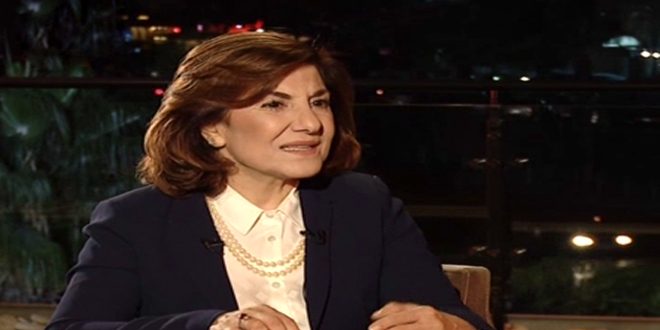 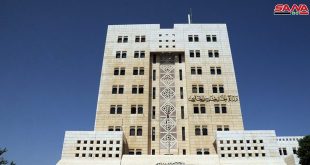 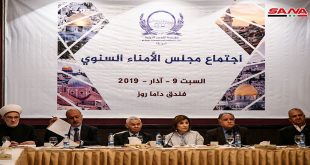 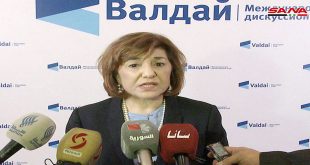 Damascus, SANA – Presidential Political and Media Advisor Bouthaina Shaaban said that Syria is the main pillar of the Arab future and it has never abandoned its Arab and regional role even throughout the aggressive war which has been targeting it for about seven years.

Shaaban said in an interview given to al-Mayadeen TV channel on Tuesday evening that President Bashar al-Assad has always asserted the fact that Palestine is the compass and that the Arab-Israeli conflict is part of the essence of the Syrian position.

She said that today Syria is emerging from its main battle against terrorism, and that the situation on the ground is improving, pointing out that the reconstruction process in Aleppo and Homs has already started.

Shaaban said that Israel has come to realize that the resistance axis has grown stronger, so it will not risk a new aggression, stressing on that Syria will not hesitate to defend itself against Israeli plots.

Regarding the Syrian National Dialogue Congress which Moscow has called for holding in Sochi, the Advisor said that the Syrian government always has and always will be proactive in responding to any effort that seeks to resolve the crisis in Syria, and that Syria is ready to attend that congress.

She said that the presence of Turkish troops on Syrian soil is illegal and that will be dealt with in the right time, adding that the US-led coalition has destroyed Raqaa city completely while the international media remained silent on the subject.