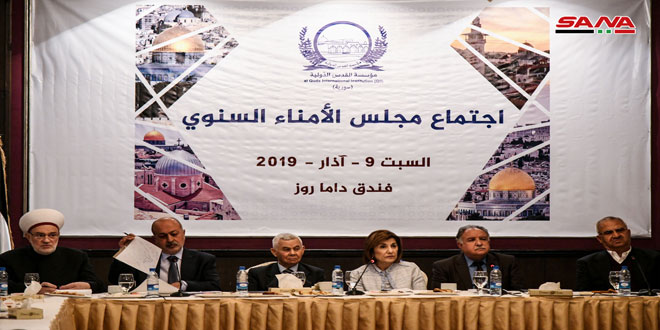 Damascus , SANA- Presidential Political and Media Advisor Bouthaina Shaaban said that Syria’s martyrs who have died in the battle against terrorism and its supporters are the martyrs of Palestine, because targeting Syria is a direct targeting of the Palestinian cause.

Shaaban was speaking at a press conference following the meeting of Al-Quds International Foundation’s board of secretaries at Dama Rose Hotel on Saturday.

Shaaban, the chairperson of the Foundation, said that what the suffering of the region’s people during the past years aims to end the conflict with the Israeli enemy and turn it to another direction that serves the enemy’s interests, emphasizing that Palestine will remain the compass guiding the struggle. 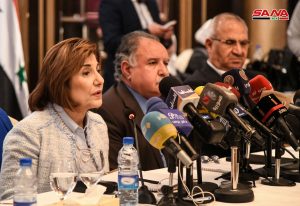 Shabban saluted the Palestinian people, captives, children, women, and men who are standing fast in Al-Aqsa Mosque in Palestine. 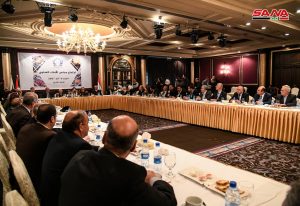 Members of the Foundation’s board of secretaries called for rejecting all forms of normalization with the Zionist enemy, asserting their support for the Lebanese national resistance and their rejection of all attempts by the Western powers to undermine it.

They called on the Arab and Islamic peoples and international institutions to be aware of the existential dangers facing occupied Al-Quds and the necessity of taking urgent action to support it.