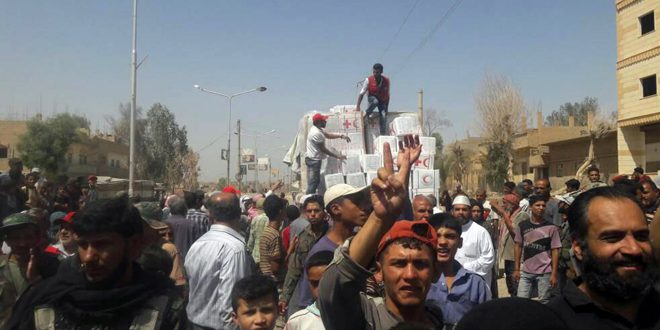 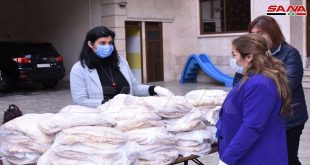 Deir Ezzor, SANA – A new aid convoy arrived in the eastern neighborhoods of Deir Ezzor and al-Jafra village after the Syrian Arab Army broke the siege imposed on them by ISIS.

The convoy was sent by Deir Ezzor governorate.

He added that the joy of victory has been completed after breaking the siege of the airport and the adjacent neighborhoods.