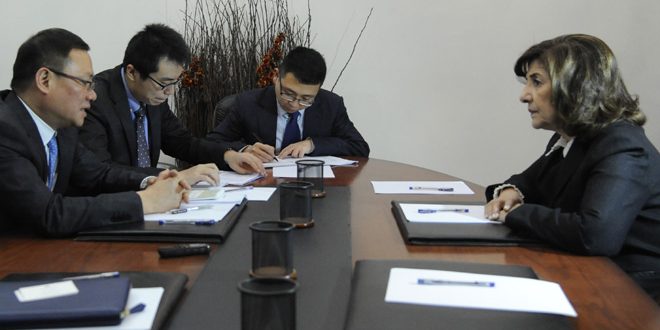 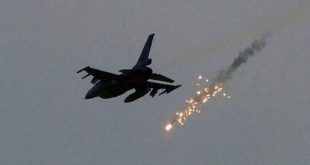 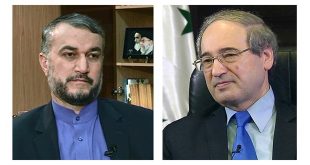 Shaaban remarks came during a meeting with a delegation from the Chinese Ministry of Foreign Affairs, headed by Deputy Director-General of the Department of West Asian and North African Affairs Feng Biao.

Talks during the meeting dealt with joint cooperation between Syria and China, particularly during the coming reconstruction phase.

“The US intention to form a militia of 30,000 mercenaries to deploy them along the Iraqi and Turkish border areas inside the Syrian territory is an unacceptable and condemned issue as it aims to sever communication between Syria and Iraq and find a place to put the so-called opposition in it instead to be in Saudi Arabia, Turkey or elsewhere,” Shaaban said.

She added that “the militia is illegal and is an occupier because it exists on Syrian soil without the approval of its government.”
“The blatant Turkish aggression on Afrin on Saturday would not happen if the Turkish government did not take the green light from the US. It’s a complementary aggression to the US one on the formation of illegal forces on the border,” Shaaban said.

She added that the US aims, through all this, to prolong the war and to make no room for any political solution and to undermine the steadfastness of Syria, which changed the history of the region and the world.

Biao, in turn, affirmed his country’s readiness to bolster cooperation with Syria, especially during the reconstruction phase, calling for the establishment of specialized body from the Syrian side to facilitate the process of communication and coordination with the Chinese companies and the international companies wishing to take a role in the re-building process.

China wants to be presented strongly and effectively in the upcoming Syrian National Dialogue Congress in the Russian city of Sochi, the Chinese official added

Mikdad began by thanking China for its support of Syria in its war on terror, and for the aid provided to the Syrian people throughout the crisis. He also said that the Syrian government is satisfied with the development off bilateral relations between the two countries, and that Syria is looking forward to advancing them further.

Mikdad briefed the delegation on the most recent military achievements accomplished by the Syrian Arab Army and its allies, asserting Syria’s rejection of any illegal foreign presence on Syrian soil, condemning the constant Turkish transgressions against Syrian sovereignty, the most recent of them being in Afrin.

For his part, Feng Biao affirmed the Chinese government’s support for the Syrian government and people in their war on terror, and that China rejects any foreign interference in Syria’s internal affairs.

He said that China wants to bolster bilateral relations on all levels, and that its position is firm regarding resolving the crisis in Syria by Syrians without foreign interference.

Feng Biao also welcomed Syria’s participation in the One Belt and One Road Initiative (OBOR), expressing China’s positive position towards reconstruction in Syria and its readiness to provide more opportunities to train Syrian human resources in the field of development and reconstruction.

Biao, for his part, stressed his country’s continued support for a political solution to the crisis in Syria, saying that Beijing backs the two projects of reconciliation and reconstructions.