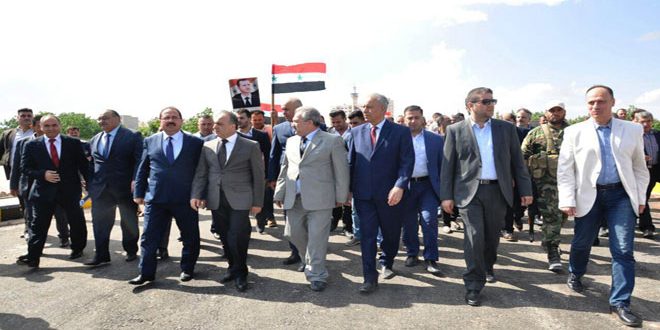 During a meeting with popular, administrative, and party figures from Salamiyeh area on Saturday, Premier Khamis affirmed that the government ready to provide all development needs in Salamiyeh area in Hama province and improve its people’s conditions, stressing the need to provide the area’s needs as available resources allow, with emphasis on the most pressing priorities and locals’ needs.

The attendees at the meeting posed some issues related to services including improving the state of drinking waters, providing medicine and medical equipment, supporting investment projects started by the Salamiyeh city council, and focusing on the issue of missing people and abductees, among other issues. 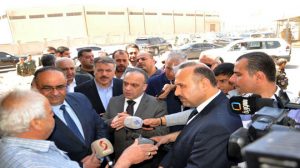 In response to some of the points raised during the meeting, Water Resources Minister Nabil al-Hassan said that work will start to improve the equipment of the main source of drinking water for Salamiyeh, and that water distribution will be controlled, affirming that the water sources that will be provided for the city should meet the area’s needs fully.

At the conclusion of the meeting, Premier Khamis provided a grant of SYP 300 million for Salamiyeh city council, 200 million of which will be allocated for the industrial zone and the rest will go to services and other projects.

Afterwards, the Prime Minister and the accompanying delegation inspected the project for expanding the industrial zone in the area, in addition to visiting al-Hal market and a number of commercial districts and markets in Salamiyeh city, meeting locals and listening to their comments on the state of commerce in the city and their needs.

Khamis also visited the people injured in the terrorist attack on Aqareb town in the area and injured personnel from the army and supporting forces at Salamiyeh National Hospital.

The Premier then inaugurated a project for a new intersection in Hama city which has a cost of SYP 900 million and will connect the northern and southern parts of the city, and he allocated SYP 200 million to finish the last stage of the project, in addition to visiting the site of the Wadi al-Joz public property which was designated as a real-estate and urban development area. 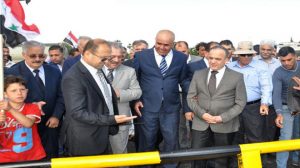 Later still, Khamis chaired a meeting which included the delegation members accompanying him, Hama Governor, and local figures, during which he stressed that the economic challenge is the biggest challenge facing the government, underlining the importance of Hama province on various levels.

During this meeting, Interior Minister Mohammad al-Sha’ar reviewed the steps being taken to maintain security and stability in the province and curb any unlawful actions, saying that incidents of abduction and robbery taking place in some highways in the province are being investigated and several perpetrators have already been arrested.

In turn, Agriculture Minister Ahmad al-Qaderi called for taking steps to market the grains crops for the current season and stressed the need to improve agricultural investments in Hama, while local Administration and Environment Minister Hussein Makhlouf said that attracting investments will be vital in the next stage, as well as providing services centers for citizens.