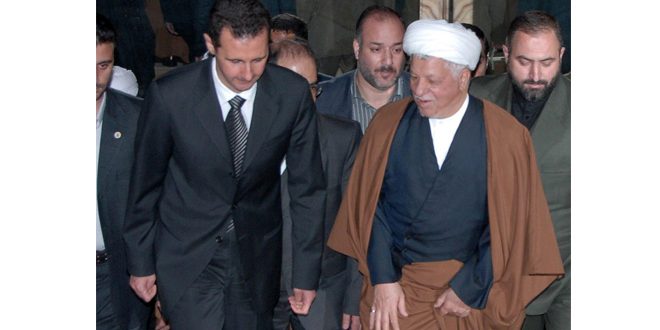 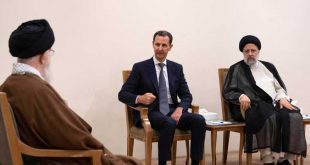 Damascus, SANA – President Bashar al-Assad on Monday sent cables to the Leader of the Islamic Revolution in Iran Ali Khamenei and President of Iran Hassan Rouhani offering condolences over the passing of Iran’s former President and Head of the Expediency Council Akbar Hashemi Rafsanjani.

In the cable to Khamenei, President al-Assad said that the news of Rafsanjani’s passing was elicited great sadness, noting that Rafsanjani was imprisoned and tortured by the agents of the Shah of Iran, but he kept defending his viewpoints and working towards the victory of the Iranian Islamic Revolution and the interests of the Iranian people.

In the cable to Rouhani, President al-Assad said that the late Rafsanjani lived a life of struggle against injustice and oppression, and he was known for his bold positions and tireless efforts to preserve the dignity and freedom of the Iranian people.

President al-Assad offered on his own behalf and on behalf of the Syrian people and government condolences to Khamenei and Rouhani, affirming that Iran is capable of overcoming this loss.

Akbar Hashemi Rafsanjani Ali Khamenei cables condolences Hassan Rouhani Iran President Bashar al-Assad 2017-01-09
Hazem al-Sabbagh
Share
Previous President al-Assad: Everything in the world is changing regarding Syria…Our mission, according to the constitution and laws is to liberate every inch of the Syrian land
Next Terrorist attacks kill three citizens in Idleb countryside and Qamishli