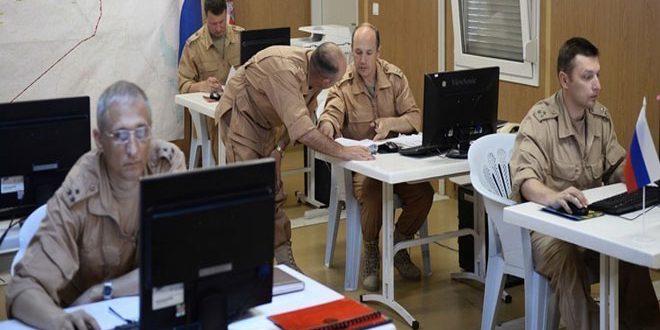 Lattakia, SANA-Russian Coordination center in Hmeimem said on Sunday that the armed groups breached the cessation of hostilities agreement 6 times in a number of Syrian regions during the last 24 hours.

“6 breaches of the cessation of hostilities agreement by armed groups were observed during the last 24 hours… 3 in Lattakia, 2 in Aleppo and one in Hama,” the center said in a statement.

In a different note, the center added that the Russian consulate in Aleppo distributed nearly 1.3 ton of humanitarian aid to Jibrin shelter.