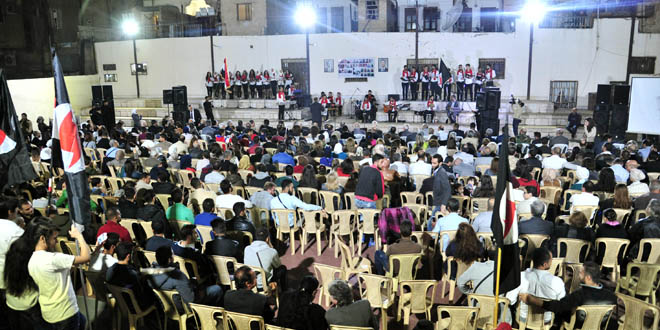 Adonia performs debut concert at House of Arts in Damascus

Damascus, SANA – The Syrian Social Nationalist Party (SSNP) on Friday held an event at al-Thawra Club in Damascus on occasion of the 84th anniversary of founding the SSNP.

Speeches delivered at the event said that Syria is now confronti9ng terrorism and malicious forces that seek to fragment it and divide the Syrian society, asserting that Syria will emerge victorious thanks to the sacrifices of its people and the heroic actions of the Syrian Arab Army, underlining the active role of the SSNP in confronting the vicious assault on the country.