Upon the directives of President al-Assad, al-Hilal visits a number of military points in Hama northern countryside 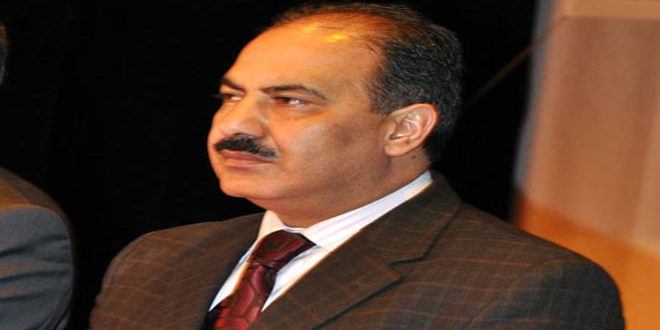 During the tour, al-Hilal conveyed President al-Assad’s appreciation for the army’s sacrifices and heroism in the face of terrorist organizations which attack the people in the area.

He pointed out that Hama province stood against terrorism due to the determination of its sons and the will of the heroes of Syrian Arab Army who are defending their homeland, adding that the Syrian army will achieve victory over terrorist organizations.

Al-Hilal also offered condolences to the families of martyrs who died in the terrorist bombings which took place in al-Assi Square last Monday.

al-Hilal Hama military points 2016-10-06
Manar
Share
Previous 25 terrorists killed in suicide bombing on Atmeh crossing with Turkey
Next Lavrov: No alternative to the cessation of hostilities agreement in Syria