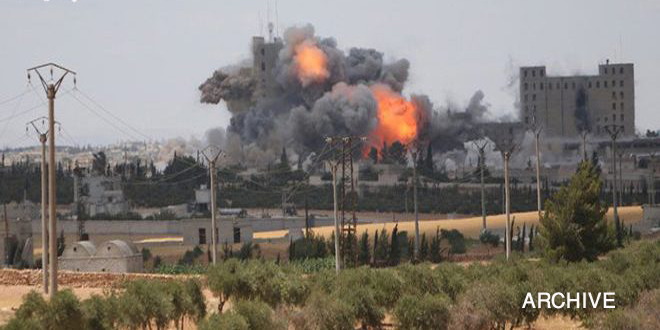 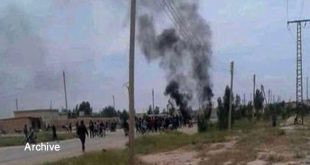 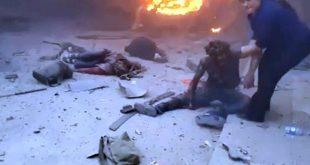 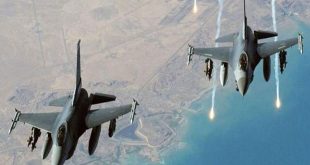 Aleppo, SANA-Aircrafts of US-led Coalition committed a new massacre against the Syrians, killing and injuring more than 60 civilians in the village of Thelthanh in the countryside of al-Bab area to the north of Aleppo city.

Local and media sources said that the village, which is located 50 km north of Aleppo city, was last night the target of heavy air raids launched by the US-led Coalition, claiming the lives of at least 20 persons, including 3 children, and injuring 40 others, most of them are in a critical condition, which makes it possible for the death toll to rise.

The sources added that significant damage was caused to tens of houses in the village which received dozens of families who fled different areas in the northern countryside of Aleppo due to the crimes of ISIS terrorist organization.

This crime is a part of the massacres committed by Washington and its allies who formed the so called “International Coalition against ISIS” outside the jurisdiction of the UN Security Council.

Hundreds of Syrian civilians were killed in Manbij and the villages and towns of al-Ghandoura, Tokhan al-Kubra and Dabik in the northern countryside of Aleppo.