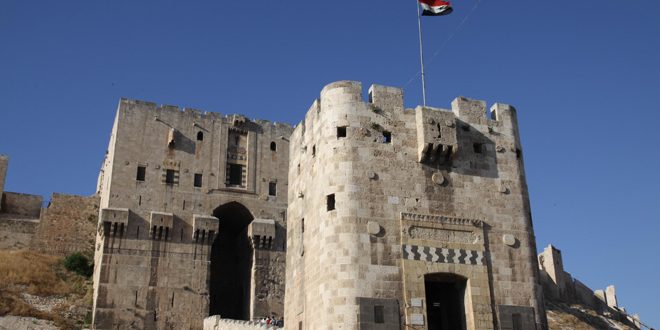 Aleppo, SANA – Aleppo Governor Hussein Diab called on militants in the eastern neighborhoods of Aleppo city to turn themselves in, hand over their weapons, and take advantage of the amnesty decree no. 15 for 2016.

In a statement issued on Sunday, Diab stressed the need for those who bear arms in the eastern neighborhoods to listen to reason and to come to their senses by handing over their weapons and ending their suffering and the suffering of all the people of Aleppo.

“We are at a new stage that requires making the decision to embrace reconciliation,” he said, urging militants to stop bloodshed and destruction and affirming that all who turn themselves in and surrender their weapons will be treated well and return to their normal lives as per the amnesty decree.

Diab urged militants to take their decision quickly to end the suffering of the people of Aleppo and move on to a new stage of rebuilding Syria to be better than it ever was before, concluding by stressing the need to reject the outsiders, stop destroying Syria’s resources, and embracing reconciliation in order for all Syrians to stand together and defend it.