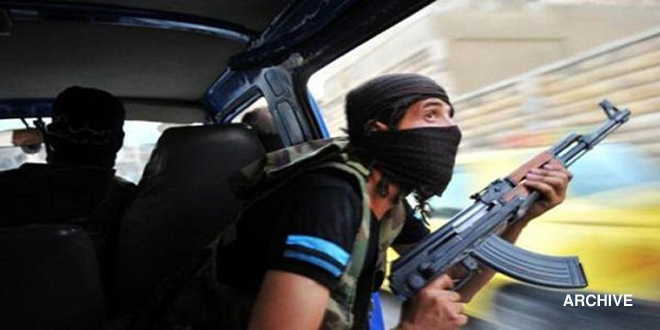 Aleppo, SANA-Local and media sources confirmed that ISIS terrorists abducted more than 2000 civilians from the city of Manbij in the northeastern countryside of Aleppo.

The sources said that ISIS terrorist organization abducted more than 2000 civilians from al-Sarb neighborhood on the northern outskirts of Manbij city to use them as human shields as they fled away from the city.

Since the start of last June, Manbij city has been witnessing clashes between QSD groups and ISIS members, during which members from the two sides were killed or injured.