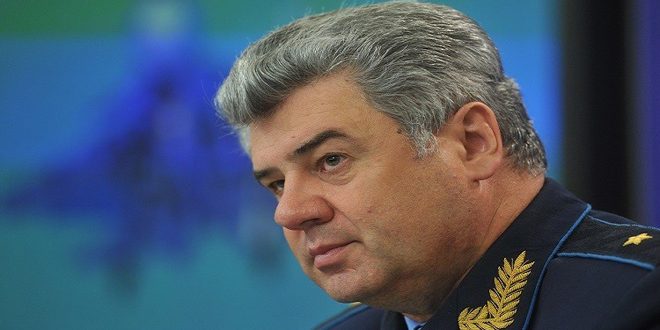 Moscow, SANA- Russian Aerospace Forces Commander Col. Gen. Viktor Bondarev affirmed that the Russian Air Forces operating in Syria have all the requirements of the implementation of combating terrorism mission.

During an interview with Russia 24 TV Channel on Friday on the occasion of Russian Air Force Day, Bondarev said that Russia has everything necessary for carrying out all tasks entrusted to it in Syria, particularly the sophisticated aviation technology.

He pointed out that Russia do not hide that it has the capabilities to use long-range aircraft operating from the Russian territories, as well as fighter jets on the front lines and those that operate from Syrian territories.

The Russian military official noted that the mission of the Russian Air Force in Hmeimim is to support the operations of the Syrian Arab Army by directing airstrikes against armed terrorist organizations on the ground, adding that Russian Aerospace Forces are dealing a death blow to the international terrorism in Syria.