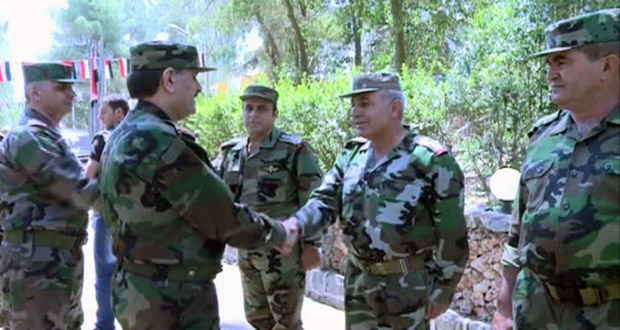 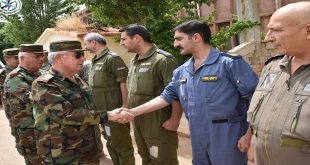 Damascus, (SANA) Deputy Commander-in-Chief of the Army and Armed Forces, caretaker Defense Minister Gen. Fahd Jassem al-Freij lauded the massive efforts made by the Syrian Arab Army personnel in defending the homeland and protecting its dignity by confronting terrorists.

During a field visit of an army unit on occasion of Eid al-Fitr holiday, al-Freij said that terrorists serve the interests of the Israeli entity, while the soldiers he met asserted that they are prepared to sacrifice everything they have in order to restore security and stability to Syria. Al-Freij inspected the readiness of the military units and their members’ morale and conditions.

He also visited injured army personnel in Yousef al-Azmeh Hospital, congratulating them on occasion of Eid al-Fitr and wishing them a swift recovery. He was briefed by medical staff on the conditions of the injured soldiers and officers and the services they are receiving.

Member of the General Staff of the Army and Armed Forces Gen. Ali Abdullah Ayoub also visited injured army personnel in Tishreen Military Hospital, lauding the sacrifices they exert for the sake of the homeland.

Commanders of army divisions visited martyrs’ cemeteries, placing wreaths on behalf of President Bashar al-Assad on the monuments in them, and later they visited injured army personnel in military hospitals. 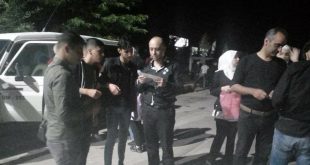