Terrorist organizations acknowledge death of 23 of their members in Aleppo 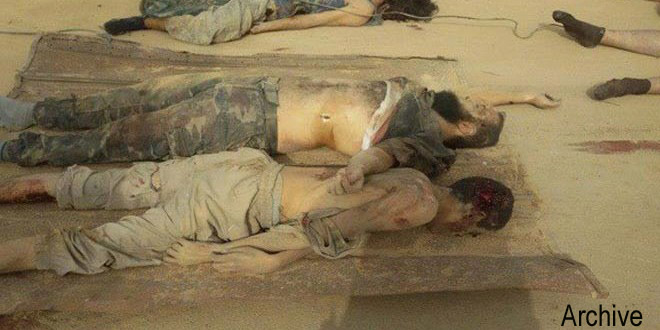 Aleppo, SANA – Scores of terrorists were confirmed killed in the past few hours during the military operations taking place on the northern outskirts of Aleppo city.

Social media pages affiliated to the terrorist organizations published names of more than 23 of their members whom they said were killed in al-Castello area and Bani Zaid neighborhood, where the terrorist group of “Badr Martyrs Brigade” is mainly positioned.

Terrorists are reeling as the army units, in cooperation with the popular defense groups, established control over 3 farms in al-Castello and continued operations towards al-Lairamoun area during the past few days.