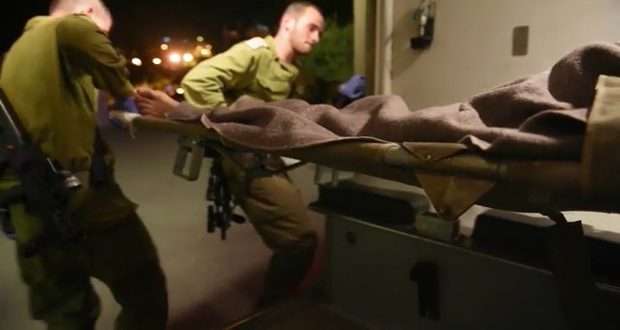 Quneitra, SANA-Local sources in Quneitra province revealed that terrorist organizations had been distributing Israeli-made foodstuff to the locals in the areas under their control.

This has been happening almost monthly, according to the sources which indicated that Israeli-made food items have flooded the areas controlled by terrorists in Quneitra countryside.

The sources, who spoke on condition of anonymity, said the food aid from Israel proves the level of coordination between Israel and Jabhat al-Nusra terrorist organization in the southern region.

Observers see that the proliferation of Israeli goods in the areas where terrorists are present envisages a future that terrorist organizations want for Syria.

Al-Nusra terrorists in the southern region and Israel seem to be bound by longstanding relations. As a sign of staunch support, Israeli Prime Minister Benjamin Netanyahu described terrorists in Syria as “heroes” when he visited some of them while they were receiving medical treatment in Israeli hospitals.