Peskov: No secret agreement between Russia and US regarding Syria 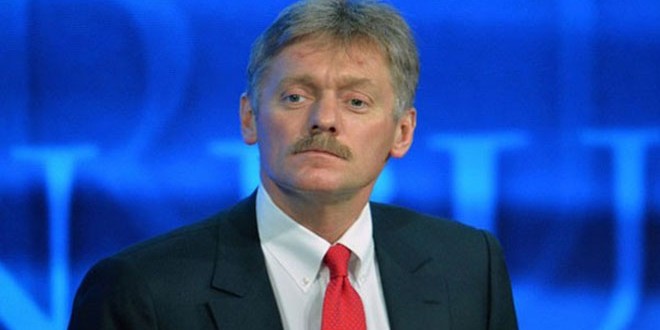 Moscow, SANA- Kremlin spokesman Dmitry Peskov refuted the existence of any secret agreement between Russia and the United States regarding Syria.

In a statement to journalists on Wednesday, Peskov said that Moscow and Washington are exchanging information about the situation in Syria, but regrettably there’s no cooperation between the two sides in fighting ISIS so far, reiterating that Russia is fighting terrorism in Syria upon the request of the legitimate Syrian government.

He also voiced Moscow’s regret over the refusal of the Turkish side to apologize and pay compensations for shooting down the Russian fighter over Syrian territories in November.