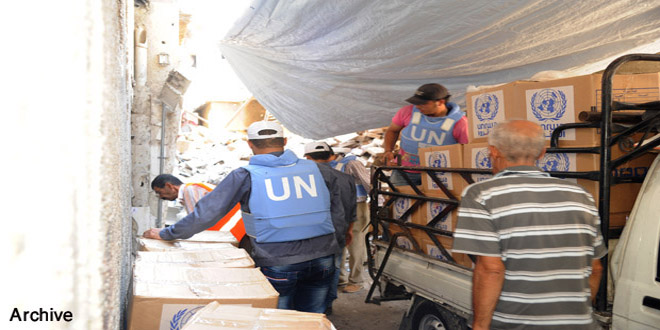 Damascus, SANA –Sponsored by the Syrian government and supervised by the Higher Relief Committee, General Authority for Palestinian Arab Refugees (GAPAR) and the United Nations Relief and Works Agency for Palestine Refugees in the Near East (UNRWA), humanitarian aid has been distributed to people of Yarmouk refugee camp who have left the camp due to the acts of terrorist groups.

In a statement to SANA, GAPAR Director General Ali Mustafa affirmed that GAPAR and UNRWA in coordination with Damascus and Damascus countryside governorates distributed on Thursday 2,400 food and health packages among the families of Yarmouk Camp who are currently residing in Yalda, Babila and Beit Sahem in Damascus countryside, also offering medical services and medicines to the ill persons.

He pointed out that since January 2014, around 136,982 food packages and 42,580 health baskets have been distributed among the families of Yarmouk Camp. 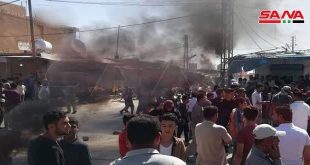