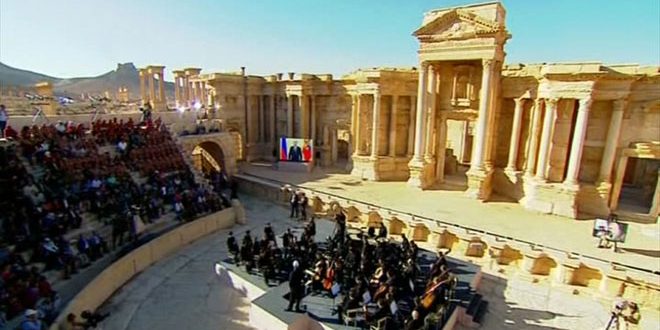 Homs, SANA- Two cultural events to be held in the ancient city of Palmyra on the occasions of Martyrs’ Day in Syria and the Victory Day in Russia.

The first event has started amid large popular turnout through the concert of the Symphony Orchestra of St Petersburg’s Mariinsky Theater, headed by Maestro Valery Gergiev at Palmyra’s Roman Theater.

During the event, Russian President Vladimir Putin spoke via TV linkup, thanking the organizers for this “amazing humanitarian event.” 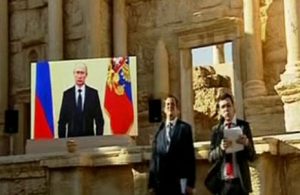 “This celebration is a sign of gratitude, memory and hope – a gratitude to all those who fight terrorism and sacrifice their lives; a memory for all victims of terror regardless of the place and time of crimes committed against humanity; and, of course, a hope to rescue the modern civilization from  this terrible plague-the international terrorism,” President Putin said.

He affirmed that any success in fighting against terrorism should be evaluated as a joint victory by everyone, without exception, and then triumph over terror would be possible.

For his part, Russian culture Minister Vladimir Medinsky said “We are against all crimes perpetrated by terrorists in Syria,” considering this event and the restoration of art to historical theater of Palmyra as a message to the whole world that terrorism has no religion or roots.

Syrian renowned director Najdat Anzour said “The Syrians, in cooperation with the Russians, have been able to liberate Palmyra and restore brilliance to its ancient theater,” hoping all Syria would be purified from terrorism.

The second event will be held on Friday under the patronage of President Bashar al-Assad in memory of the martyrs under the title “The Sun Gate.”

Palmyra witnesses two cultural events on occasions of Martyrs’ day in Syria and victory day in Russia 2016-05-05
m.eyon
Share
Previous Defense Minister to martyrs’ sons and daughters: You are the hope for better future
Next 18000 explosive devices planted By ISIS terrorists dismantled in Palmyra 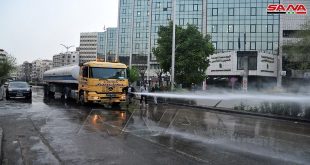