A baby girl injured by terrorist sniper shooting in al-Fouaa 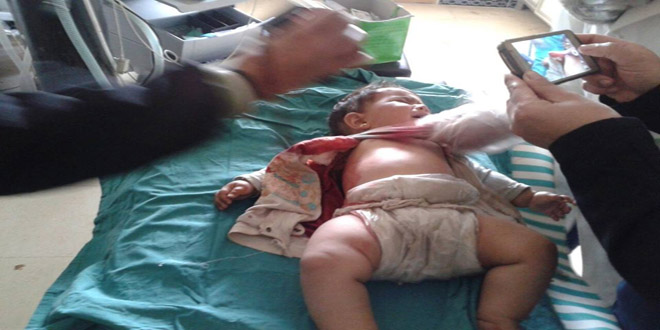 Idleb, SANA – A baby girl was injured on Friday by terrorist sniper shooting on the locals of the terrorist-besieged al-Fouaa town in the northern countryside of Idleb province.

Contacting SANA by phone, the sources added the baby girl became an only child after her family already lost their four–year-old son also in sniper shooting last year.