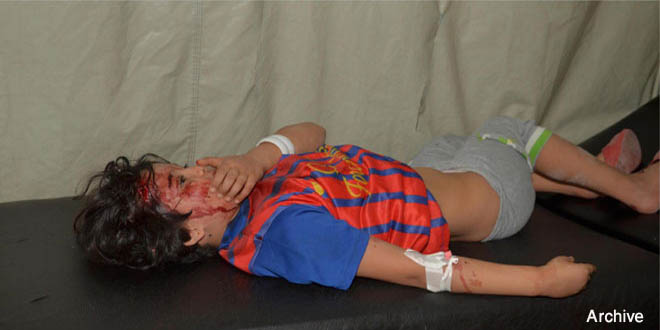 Aleppo/Damascus Countryside, SANA – Six children were killed due to a blast of a land mine of those left behind by terrorist groups linked to ISIS in the northern countryside of Aleppo.

Local sources from Darb Hassan village in which the explosion occurred said the mine blew a group of kids up on Friday in the village, which is located on the border between Aleppo and Raqqa.

The sources confirmed that the blast left six children dead and others injured.

Terrorists located in the Eastern Ghouta area fired a rocket shell on the Police Hospital in Harasta area, a source at the Damascus Countryside Police Command told SANA.

The source said that no citizens or hospital staff members were injured in the attack which caused only material damage.