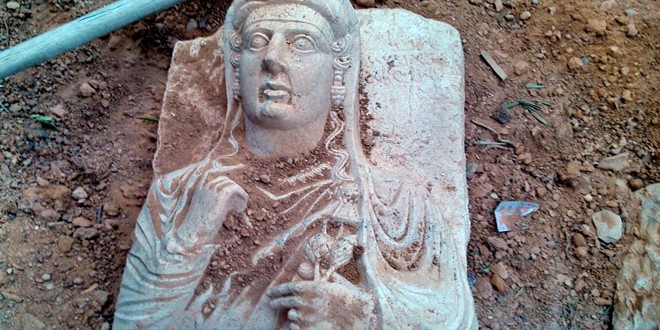 Homs, SANA – While canvassing areas in Palmyra in the eastern countryside of Homs, the authorities recovered five archeological artifacts which had been stolen from the National Museum in Palmyra by ISIS terrorists.

A source in the city told SANA’s reporter that the artifacts were found buried inside a house in al-Maalef area in Palmyra, and that they will be handed over to the Directorate-General for Antiquities and Museums (DGAM).

ISIS terrorist organization looted a large number of archeological artifacts from Palmyra city and smuggled them abroad, in addition to destroying many historic monuments in the city including the tower tombs, the Arch of Triumph, the Temple of Bel, the Temple of and Baalshamin, and Al-Lat Lion statue.