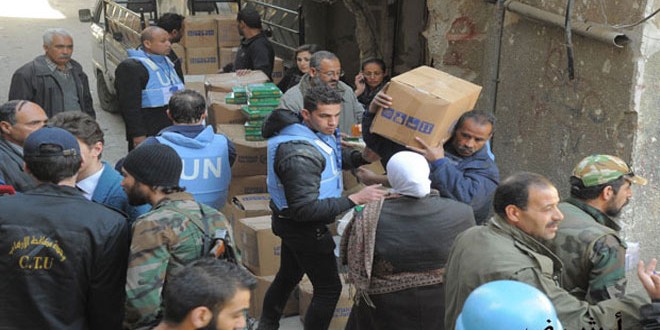 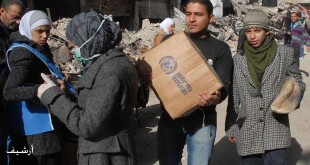 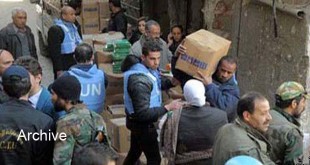 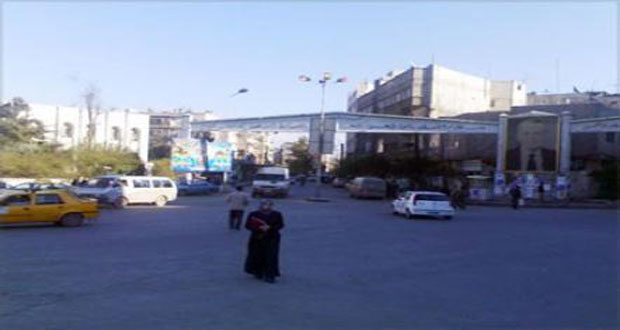 Damascus, SANA- Sponsored by the Syrian government and the Higher Relief Committee, General Authority for Palestinian Arab Refugees (GAPAR) and the United Nations Relief and Works Agency for Palestine Refugees in the Near East (UNRWA) distributed relief aid to peoples of al-Yarmouk refugee camp who have left the camp due to the acts of terrorist groups including ISIS terrorists.

Director General of GAPAR Ali Mustafa told SANA Tuesday that some 2,400 health baskets were distributed Monday on the people of the camp who are currently resident in Yalda, Babila and Beit sahem in Damascus countryside.
Mustafa said that 26,180 health baskets and 123,782 food baskets were distributed since 30th January 2014.
He pointed out that UNRWA continues to provide health services to the peoples of the camp.

Terrorists of al-Nusra Front, in the beginning of April, 2015, facilitated the infiltration of hundreds of ISIS terrorists into al-Yarmouk camp to undermine efforts of the Syrian government to neutralize the Palestinians from the current events.
Ghosoun 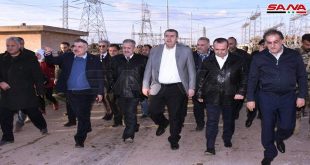