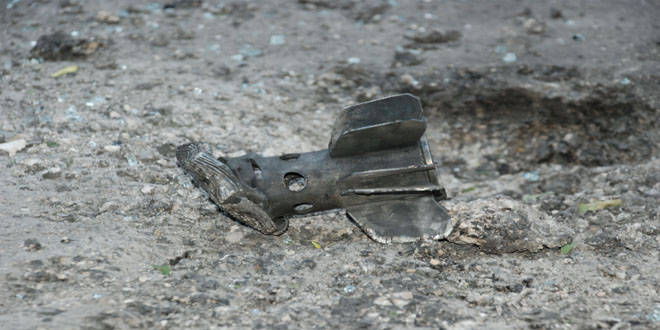 Deir Ezzor/Aleppo, SANA-Two civilians were killed and 14 others got injured on Tuesday due to terrorist mortar attack on al-Joura and al-Qusour neighborhoods in Deir Ezzor city.

A source at Deir Ezzor Governorate told SANA reporter that ISIS terrorists, positioned in al-Rashdia and al-Hawika neighborhoods, fired 5 mortar shells on the neighborhoods of al-Joura and al-Qusour, claiming the lives of 2 civilians, injuring 14 others and causing material damage to citizens’ properties.

Meanwhile in Aleppo city, five children were killed on Tuesday when terrorists fired rocket shells at a residential neighborhood.

A source at the Aleppo Police Command told SANA that terrorists fired a number of rocket shells on Jam’iat al-Zahra’a, a residential neighborhood in the city, killing five children, injuring five others, and causing material damage to public and private properties.

Later, 5 other civilians were killed, among them two children in a terrorist attack with mortars on al-Sheikh Maqsoud neighborhood in Aleppo.