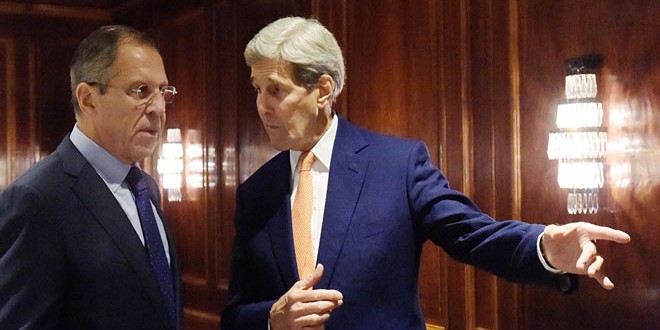 Moscow, SANA – Russian Foreign Minister Sergey Lavrov asserted in a phone call with US counterpart John Kerry on Saturday that the provocative Turkish actions in Syria violate its territorial integrity.

The Russian Foreign Ministry said in a statement said Lavrov and Kerry discussed during the phone call means to implement the decisions reached during the Munich meeting earlier in February 11th on improving the humanitarian situation and finding ways to cease hostile actions in Syria apart from fighting terrorist organizations.

The statement said the two sides agreed to establish military coordination mechanisms regarding the ceasefire in Syria, underlining the progress made in delivering humanitarian aid to besieged areas.