133 wanted persons from Homs have their legal status settled 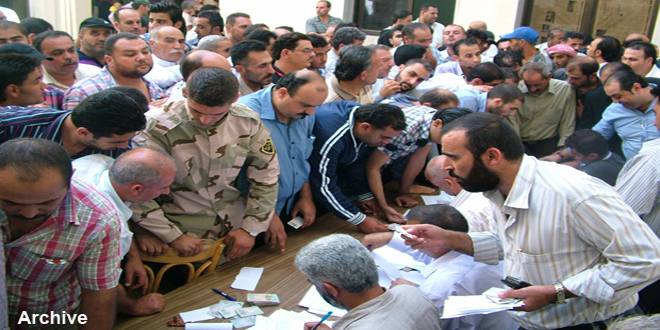 Homs, SANA – 133 wanted persons had their legal status settled in Homs province on Sunday, according to SANA reporter.

The 133 persons, who are from Talbiseh and al-Rastan in the countryside of Homs and a number of neighborhoods in Homs city, had earlier turned themselves in to the authorities.