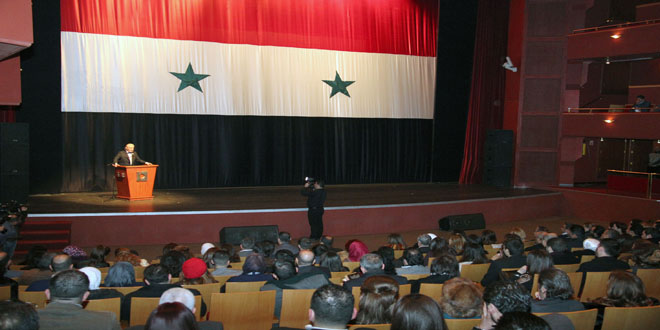 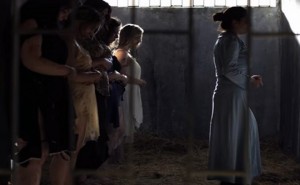 The film, which has a runtime of two hours and 15 minutes, tells the story of Oum Nour (played by Rana Shmais) whose 11-year-old daughter is abducted by ISIS to be married off to one of the terrorist organization’s “emirs,” and how the daughter is rescued by Syrian Arab Army forces from the clutches of ISIS. The film also tells the story of a number of women who were abducted, tortured, and abused by ISIS.

Anzour’s visual style sought to portray the dark and appalling reality of international terrorism and the horrendous practices of extremists who impose Takfiri ideals, burn books, and rape women and children in the areas they control, underlining the contradictory mentality of terrorists who preach ideals and slogans in the name of religion but commit all sorts of obscene acts and violate people’s homes and believes without any moral or humane inhibition. 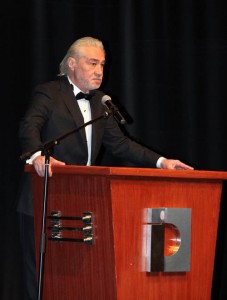 In a statement to SANA, Anzour said that he presented many works that sought to warn against the impending threat of terrorism, and that artists have a duty to fight terrorism and protect their country and society, and the same goes for writers and other creative figures.

He pointed out that the movie was translated into a number of languages so that it may be screened in other countries around the world, voicing satisfaction over the attendance at the premiere and the determination of the Syrian people to vanquish terrorism.

In turn, actress Omaya Malas, who portrays a Christian woman who is put under pressure by ISIS along with her family to convert, said that the film seeks to send a message to the world about the reality of what is happening, as many channels distort reality and portray it in a manner contrary to reality.

Meanwhile, actor Ali Boushnaq said he plays the role of a Syrian Army officer whose mother and young sister are abducted by ISIS and who rescues them alongside his colleagues in the army and an old friend who had joined ISIS but came back to his senses in time to help his friend and his countrymen against the terrorist organization. 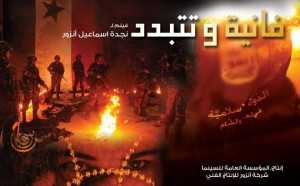 In turn, young actor Aimee Farah, who plays 11-year-old Nour who is abducted by ISIS to be wed to one of the organizaiton’s emirs, said she is happy to have been part in this film which has an important message and exposes the crimes of ISIS.

The film also stars Fayez Qazaq, Zenati Qudsiye, and Bassam Loutfi. The title song is performed by Linda Bitar, the costumes are designed by Sahab al-Raheb, and the soundtrack is composed by Firas Hazeem.

The film is produced by the National Film Organization and Anzour Production Company, and the premiere was sponsored by Syriatel and Ninar FM radio.