42 wanted persons turn themselves in 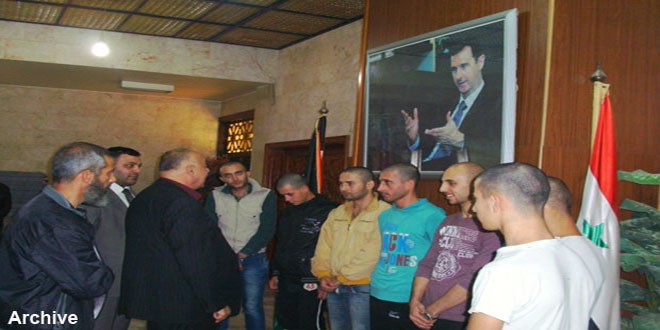 Provinces, SANA – 42 wanted persons from Damascus, Damascus Countryside, Tartous, Quneitra and Daraa turned themselves in to the authorities to have their legal status settled.

Earlier on January 9th, 27 wanted persons from Homs, Hama and Idleb turned themselves in.

Ministry of Justice announced that over 11,000 persons, including armed and wanted people, had their legal status settled in 2015.