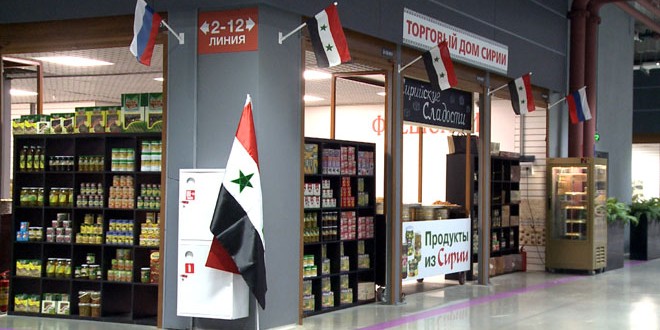 Mayor Sobyanin admired the Syrian pavilion and the high-quality Syrian products, wishing the Syrian businessmen all the best in their businesses.

For his part, Wissam al-Ajeeb of the Syrian Embassy in Moscow said the Syrian participation in the exhibition is an important step towards bolstering the economic and commercial relations between Syria and Russia, noting that Syria has a variety of agricultural and food products.

The Syrian businessmen taking part in the expo activities stressed that the Syrian exporters should turn their attention to Food City center as it is one of the largest malls in Europe with three sections for wholesalers and retailers.