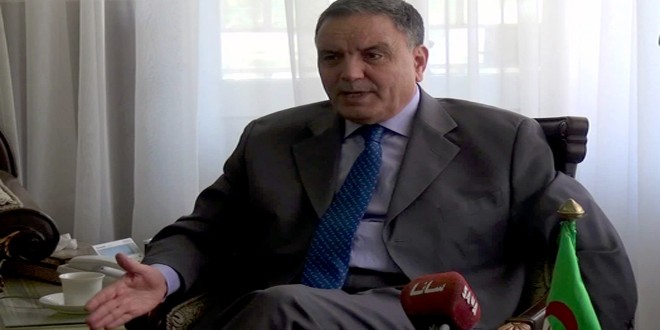 Damascus, SANA- Relations between Syria and Algeria are strong and firm due to the historic ties binding the two countries and their standing together in the face of terrorism, and their emphasis on the need for international cooperation to combat terrorism which is spreading in the region.

Algeria, which commemorated the 61st anniversary of the outbreak of 1 November 1954 Revolution against the French colonial rule, had declared since the beginning of the crisis its support for Syria and rejected all politicized decisions that tried to undermine its sovereignty.

In a statement to SANA, Algerian Ambassador in Damascus Saleh Bosha affirmed that Algeria’s stance towards Syria has been clear and firm since the beginning of the crisis, adding that Algeria had expressed its permanent support for the unity of Syria and its solidarity with the Syrian people in their ordeal.

The ambassador believed that the aim of what is happening in Syria is to weaken and discourage it from its national and pan-Arab stances. 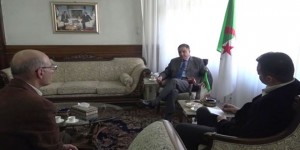 Bosha said that his country had refused all resolutions issued by the Arab League to suspend Syria’s membership and rejected all politicized international resolutions which are aimed at undermining Syria’s sovereignty and independence.

He pointed out that the efforts exerted to combat terrorism are not enough, calling for more international cooperation in all sectors, expressing Algeria’s keenness to cooperate and coordinate with Syria in combating terrorism.

About the Syrians who are currently residing in Algeria, the ambassador said that the number of Syrians in Algeria had doubled during the crisis and it reached around 50 thousands, with all of them having full civil rights.

Algeria, a gateway between Africa and Europe, became independent after more than a million and a half Algerians were killed in a 7 years fight for independence from France in a struggle that is considered as one of the greatest revolutions against colonialism during the 20th century.