Updated-Iran to participate in Vienna talks on Syria, U.S. official 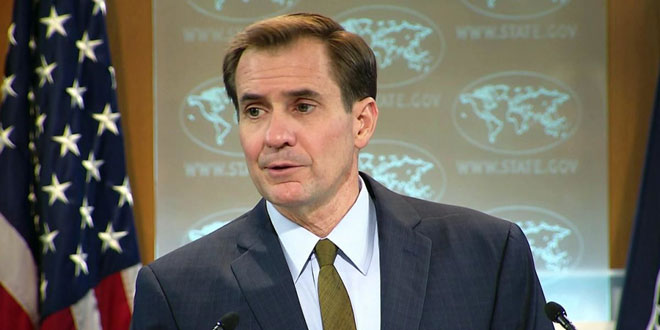 Washington, SANA – Spokesman for the U.S. State Department John Kirby said the US hopes Iran will be invited to participate in Vienna talks over the crisis in Syria, scheduled to take place next Thursday and Friday.

In a briefing made on Tuesday, Kirby said the U.S. Secretary of State John Kerry knows that diplomatic talks on the political settlement for the crisis in Syria are complicated and all sides have to make some concessions.

Kirby said he does not know if the invitation to Iran will be extended from the US or through a third party, neither he knows whether Iran will accept such invitation.