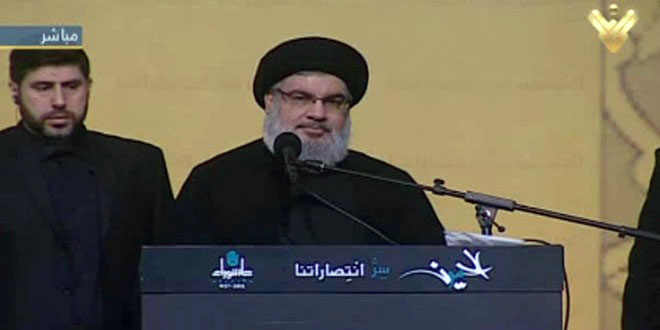 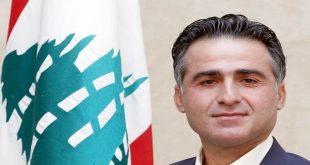 Beirut, SANA – Secretary-General of Lebanon’s Hezbollah, Sayyed Hassan Nasrallah, said that the wars currently taking place all seek to subjugate those who refused subjugation and defied America and its projects.

In a speech delivered while attending an event in Beirut on Friday, Nasrallah said that the wars in the region, particularly in Iraq, Syria, and Yemen, are all masterminded and orchestrated by the United States using proxies, stressing that America’s new Middle East project has been toppled and foiled thanks to the steadfastness in Syria and the Lebanese resistance, the Palestinian Intifada, and the honest support of Iran.

He said that those who are involved in the wars in the region wanted to give the wars a sectarian nature, but failed to do so due to the awareness and wisdom of certain government, religious figures, politicians, and segments of people, adding that Israel is a tool in the American-Western project for dominating the region, which is why it receives protection, asserting that Israel will not survive if America becomes preoccupied with internal affairs or loses its influence in the region.