U.S. stances on Syria are not constructive, Putin says 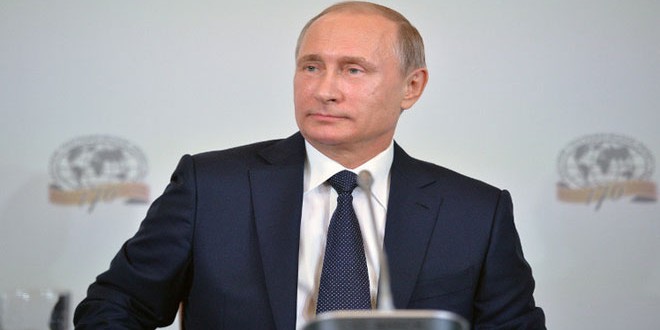 Astana, SANA – Russia’s President Vladimir Putin said the stances of the US over Syria are “not constructive”, especially after Washington refused to receive a Russian high-level delegation.

After talks with his Kazakhstani counterpart Nursultan Nazarbayev in Astana on Thursday, Putin stressed that Washington’s rejection of holding such meeting is not constructive, saying that the reason of such act could be the US has no agenda on the topic and there is nothing to talk about in this regard.

Last Tuesday, Putin said Russia suggested to its western and U.S. partners holding a high-level international meeting in Moscow aimed at reaching a political solution to the crisis in Syria, the US refused the initiative.