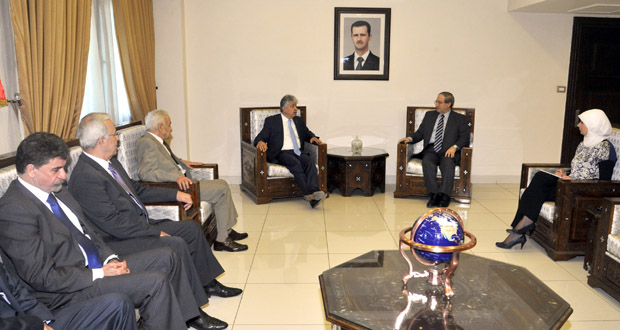 Damascus, SANA- Deputy Foreign and Expatriates Minister Fayssal Mikdad affirmed on Tuesday that the Syrian people will not forget the countries that conspired against Syria, nor will they forget the states that supported Syria in its battle against terrorism.

During his meeting with a delegation from the Palestinian Liberation Organization (PLO) headed by member of the PLO Executive Committee Ahmad Majdalani, al-Mikdad lauded the Palestinian stance in support of Syria.

He also reviewed the Syrian government’s efforts to alleviate the suffering of Palestinians in Syria who are targeted by terrorism.

For his part, Majdalani reviewed the latest political developments in the Palestinian arena, stressing on the depth of strategic relations between the Syrian and Palestinian peoples.