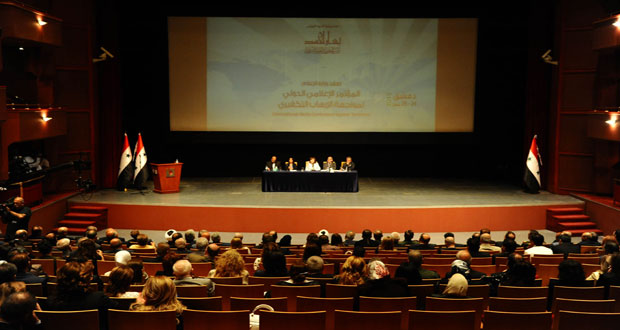 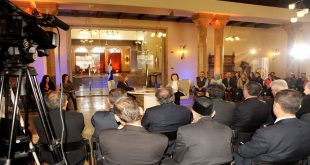 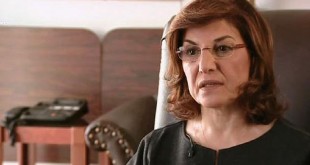 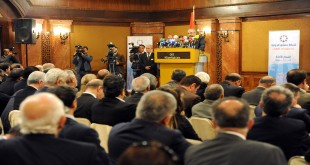 Damascus, SANA-Presidential Political and Media Advisor Dr. Bouthaina Shaaban saw that Takfiri terrorism that has roiled the region might be a last-ditch attempt by the West to forward its agenda.

Speaking at the second session of the International Media Conference Against Terrorism which was dedicated to discuss the role of media, Shaaban warned of its grave role in altering the Arab culture and civilization in an attempt to force a radical change in the region.

“The US seeks to re-mould the countries of the world according to its own image,” she added, pointing out that the Arabs are not averse to change as long as it suits “our values, ethics, religion and civilization.”

Highlighting the role of media in instigating conflicts, Shaaban said that the US controls 90 percent of the international media while the Saudi regime finances more than 80 per cent of the Arab media which, she said, makes for a dangerous role that media plays which attempts to fragment the Arab region.

The axis of resistance, she added, is faring well with the West realizing that it is unable to wage wars on the ground, but warning that it is attempting more dangerous wars without any boots on the ground or one dollar spent through a strategy outlined in 1997 by seven think-tanks whose stated aim is to control the region.

Shaaban said efforts to curb the role of hostile media in the current conflicts have so far come up short, hoping that the conference will be one step ahead in confronting this role which is “the toughest” during the current stage.

Shaaban struck an upbeat note saying that the “resistant world” is racking up significant victories, citing in particular the Iranian nuclear deal, the steadfastness of Syria, the courage of the Russian President and the developments on the international arena which she said augur well for the countries of the axis of resistance.

Participants in the event said that the current crisis proved that most of the media outlets are not neutral and they are actually an accomplice in bloodshed as they have been trying to reforge a reality that serves their agendas.

They stressed that the takfiri terrorists’ heavy dependence on media proves that they are part of a structure that had been built by intelligence agencies, citing that the ISIS has more than 90,000 accounts of Twitter and Facebook in addition to 19 media production companies and an army of skilled and professional photographers and journalists.

They also stressed the need to establish a global media alliance aimed at unmasking the true face of the Takfiri terrorists, highlighting the importance of the conference as it managed to bring together a large number of journalists from all corners of the world.