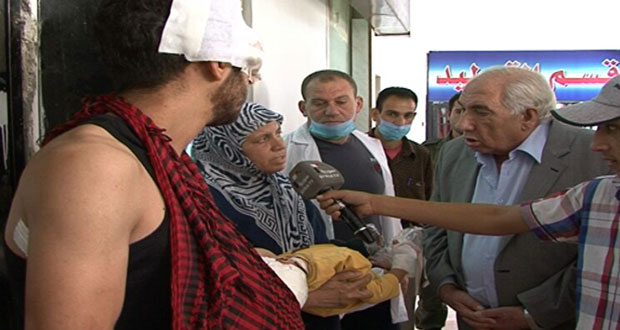 Daraa, SANA – Daraa Governor Mohammad Khaled al-Hannous said the terrorist groups have failed in occupying the city and thus they resorted to shelling the residential areas in retaliation for the steadfastness of the locals and to cover their heavy losses.

During a visit to wounded citizens on Saturday, Governor al-Hannous stressed that the terrorists will be defeated, calling upon all citizens to take safety measures when the city is targeted with mortars.

Terrorists with links to Israel and the Jordanian regime have targeted Daraa city with a barrage of mortar and rocket shells in a desperate attempt to make up for heavy military losses they suffered in the confrontation with the Syrian army.