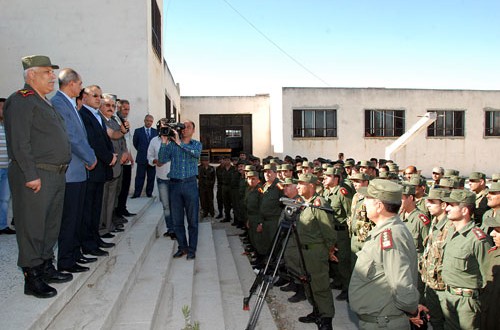 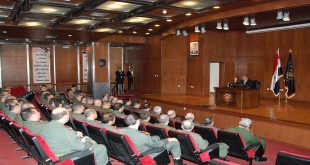 Interior Minister: Syria will achieve victory over terrorism due to Syrians’ steadfastness 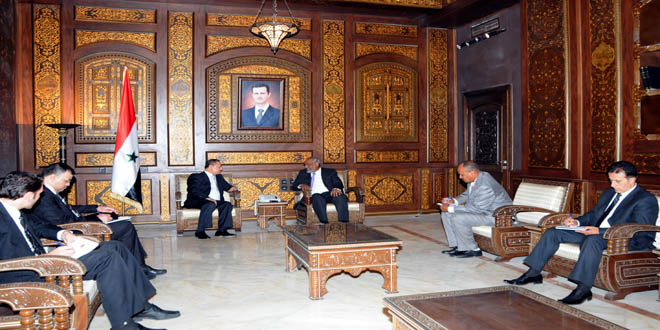 Hama, SANA – Interior Minister Lt. Gen. Mohammad al-Shaar called for raising the security forces to high levels of combat preparedness, putting all efforts and organizing cooperation among the combat units on the ground to effectively confront the terrorists.

He was speaking during a meeting with officers and members of the police leaderships of Idleb and Hama on Thursday.

The Minister highlighted the need to invest in all elements of strength in the ongoing battle against terrorism, referring in particular to “the honorable people” who are “a source of strength” for the state and “a strong backer” for the police units.

He stressed that officers within the Internal Security forces must be an example for other members in bravery and dauntlessness in fighting.

Lt. Gen. al-Shaar stressed that all areas that have been “profaned” by terrorism will be cleansed thanks to the sacrifices made by members of the Internal Security Forces alongside their comrades within the Armed Forces.