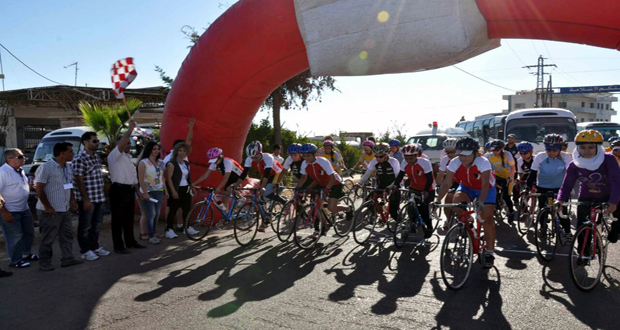 In the junior female cyclists category, Ranim Draizi from Damascus won the first place, followed by Marah Khuder from Sweida and Ranim Qabil from Damascus.

The second and last phase of female cycling will be held today with a 50 km race.

The first phase of male cyclists races will kick off on Wednesday with a 80 km race, only for the second and last phase to be held on Thursday in a 75 km race.

11 male teams and 6 female teams representing 8 provinces are taking part in the races.