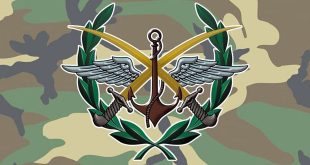 The participants in the funeral ceremony, which took place on Monday, waved the Syrian flag and chanted slogans glorifying martyrdom as a concept and their own martyrs who were killed in the aggression.

They also applauded the Syrian Arab Army that is fighting against the Israeli-backed terrorist groups with unprecedented utmost courage, vehemently condemning the Zionist aggression against the people of the Golan, occupied by Israel since 1967.

Striking a defiant note, the mourners affirmed their unshakable adherence to the homeland Syria and determination to continue their struggle against the Israeli occupation authorities until full liberation is achieved.