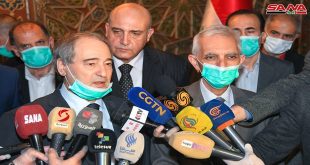 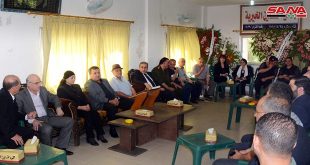 She was speaking during a meeting with Governor of Lattakia Ibrahim Khudr al-Salem on Tuesday to address issues related to securing the coastal province’s medical needs.

Hoff requested that the parties concerned in the province prepare schedules citing the numbers and residence places of the terrorism-affected people to be given to the donors who will provide the assistance.

Governor al-Salem, for his part, said all information and studies required will be provided.

In press statements to the reporters following the meeting, al-Salem said he acquainted Hoff with the province’s needs of first aid and emergency services and mobile clinics.

In similar statements, Hoff noted that the WHO has supplied Syria with 30 mobile clinics over the past period.

Four such clinics were later delivered by Hoff to the Syrian Arab Red Crescent in Jableh area near Lattakia city, after she had paid a visit to the makeshift center in the Sport City in Lattakia that hosts a large number of people displaced from areas in neighboring provinces, mainly Idleb and Aleppo, where terrorists took over.