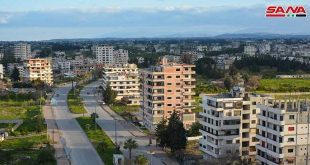 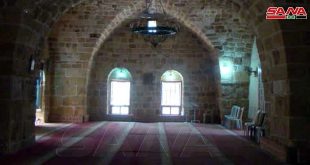 Lattakia, SANA-Ambassador of Democratic People’s Republic of Korea in Damascus Jang Myong Ho appreciated on Sunday the continued culture and educational process in Syria in spite of the ordeal to which it passes through.

Visiting the National Center for the excellent students in Lattakia, the Ambassador hailed the noble message of the center in bringing up generations of the distinguished pupils who will help reconstruct Syria and build it in the coming stage.

He hoped Syria would defeat terrorism, and peace would be restored to the country.

Fayrouz Moussa, Member of al-Baath Arab Socialist party, affirmed that education has never stopped although terrorism, saying that the students with their superiority will help face the Takfiri mentality.

Governor of Lattakia Ibrahim Khudre al-Salem, for his part, said the city is ready to offer full support to the center to have it succeed.

He appreciated stances of Democratic Korea in support of the Syrian people.

DPRK Lattakia 2015-04-20
m.eyon
Share
Previous Army units continue operations in Idleb, establish control on villages in Aleppo countryside
Next Archbishop Hanna hopes that peace will return to Syria and countries of the region