CBS Governor: Raising the volume of financing imports has started 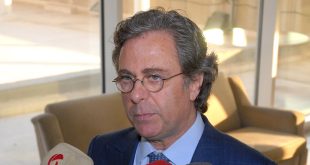 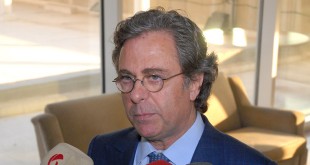 Syrian-Russian talks to develop cooperation in combating financing of terrorism

Damascus, SANA- Governor of the Central Bank of Syria (CBS) Adib Mayyaleh announced that the volume of financing imports offered by banks has started as of Tuesday, asserting the necessity of doubling it during the upcoming stage.

“This measure aims at meeting the larger demand for foreign currency and reducing the role played by the black market,” Mayyaleh said during an intervention session held with the participation of representatives of exchange companies and to discuss the latest developments in the market of foreign currency and other issues related to the Syrian Pound exchange rate.

Mayyaleh affirmed the need to monitor the situation of the market closely during the coming days and to adjust prices according to how
the exchange rate will respond to the current measures, noting that the CBS aims to stabilize the exchange rate in the coming period through taking a series of economic and monetary measures to support production and exportation in a way that alleviates the
pressure on the Syrian Pound.

He warned from the negative role practiced by many websites which publish fake exchange rates and news deliberately to cause instability in prices and achieve personal gains. 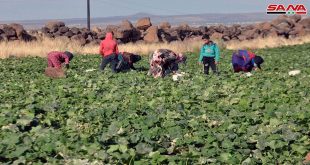 Sweida, SANA –  Sweida Agriculture Directorate estimated that the total production of cucumber in the …