Hasaka, SANA- Education Directorate in the north eastern city of Hasaka reopened 116 schools in the regions of Tal Barrak and Tal Hmeis after the army and armed forces had regained control over them and cleaned them from Terrorists of the Islamic State in Iraq and Syria (ISIS) organization.

Director of Education in Hasaka, Elham Sorkhan told to SANA on Tuesday that 74 schools were reopened in Tal Barrak where 154 teachers of different educational stages have joined their tasks.

She added that 42 schools were  also opened in Tal Hmeis as  70 percent of teaching staff also joined work.

The army, in cooperation with popular defense groups, established full control over the old road of Tal Barrak and restored security to 31 villages to Hadaka’s north-eastern countryside in early March. 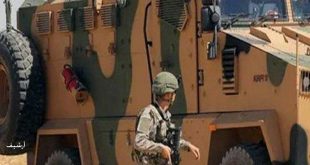 Raqqa, SANA- A convoy of military and armored vehicles and trucks belonging to the Turkish …