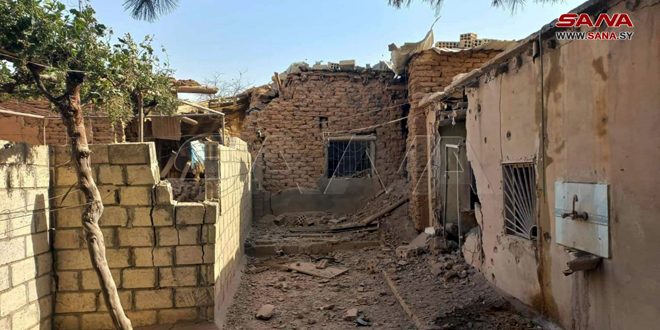 Hasaka, SANA- The Turkish occupation forces have continued their artillery attacks on villages and towns in the northern countryside of Hasaka.

Local sources told SANA reporter that artillery shelling was carried out by the Turkish occupation forces and the terrorists backed by them, on the villages of Umm Harmala and Dada Abdal, north of Abu Rasin in Hasaka northwestern countryside.

The sources added that the attack resulted in material damages to civilian properties, agricultural fields and infrastructure.

Damascus, SANA-Syria possesses a high comparative advantage through its production of many species and plant …