Lugansk: Ukrainian forces blew up a chemical container in Severodonetsk 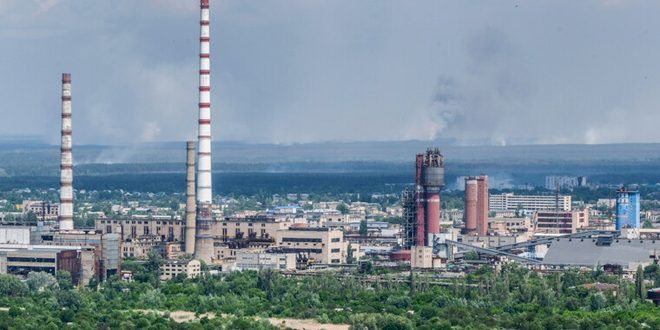 Lugansk, SANA: The forces of the Lugansk People’s Republic have announced that the Ukrainian forces and their nationalist extremists blew up a container of chemicals in Severodonetsk city in Donbass region to hinder the progress of Lugansk forces in the city.

“Units of the Ukrainian forces withdrawing from the industrial zone in Severodonetsk tried to poison the area with chemicals and blew up a container at Azovstal plant containing nitric acid for the purpose of putting obstacles in the way of the successful progress of our forces,” Units of Lugansk People’s Republic reported on their Telegram channel on Tuesday.

“The Ukrainian forces calculated the timing of the explosion, as the winds and toxic clouds were heading towards the towns of Rubynoye and Kremennoye, which had been liberated by the forces of the Donbass republics with the support of the Russian armed forces.””, Units of Lugansk People’s Republic added.