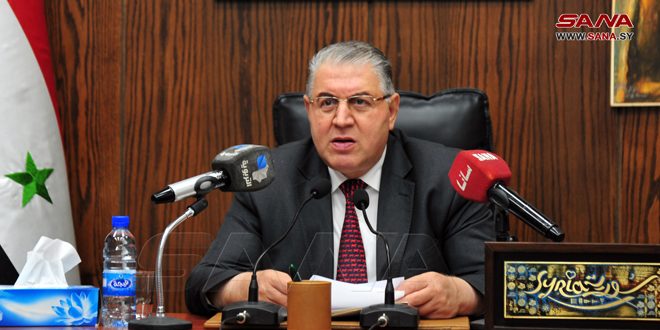 Damascus, SANA- Represented by the Ministry of Education, Syria participated on Tuesday in virtual regional consultations with ministers of education and development partners from West Asia to help build momentum for the Preparatory Summit (Transforming Education) organized by the UNESCO in order to follow up on the proposed courses of action. These consultations came with the aim of contributing to the definition of the views of countries and partners in the region on the basic elements in the transformation of education as it is linked to the five thematic areas of the summit, in addition to paying special attention to the challenges facing countries.

During his participation in the consultation, Minister of Education, Dr. Darem Tabbaa said that the ministry has started transformative education since 2015 in cooperation with (UNESCO and UNICEF).

He added that and the new Syrian curriculum has been built to help learners face the challenges caused by the terrorist war waged on Syria such as environmental degradation, disease, violence, extremism, discrimination and poverty, in addition to facing the challenge of regressing educational standards and results in some basic areas such as reading, writing and arithmetic. “All of these actions took place in the light of a war waged on Syria, in which terrorism struck the infrastructure of the educational system, and most of the Syrian schools have been destroyed,” Minister Tabbaa said.

The Minister added “terrorists tried to disrupt education and divide society in an abhorrent manner that the Syrian social environment was not accustomed to. They also tried to establish new values based on extremism, violence, lack of affiliation and loyalty to the homeland.”

He noted that to achieve transformation in educational systems, learners of all ages must be supported to create more peaceful, just and sustainable societies.

In preparation for Transforming Education Summit Syria participates in regional consultations 2022-06-01
ruaa-jazaeri
Share
Previous Syria, WHO to enhance cooperation on healthcare system
Next Lugansk: Ukrainian forces blew up a chemical container in Severodonetsk 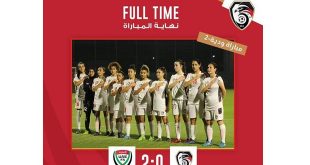